Perla Rivera is the Chief Executive Officer and lead Producer for Machina Cinema,.

When Perla is not working inside the Machina Cinema camp she stays busy within the production world working with such companies as American Ninja Warrior, WWE, Capitol One and Fly Over America and contracted by other production companies to produce their projects. 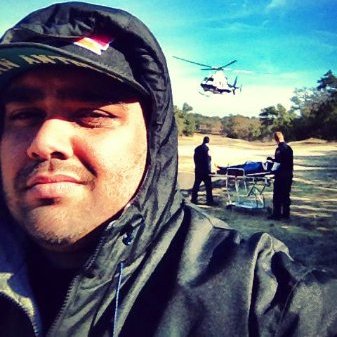 Buddy Calvo is the Creative Director at Machina Cinema. Calvo also serves as the companies lead Writer and Editor.

In 2007 Calvo established the production company Machina Cinema alongside producers Perla Rivera and Joe F. Gallegos III. Later that year Calvo wrote and directed his first film “Wanderlust” and since then has written, directed and produced short films, music videos, feature films and worked as various crew on regional productions.