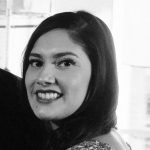 Perla Rivera is the Chief Executive Officer of Machina Cinema. Rivera also serves as the companies President and Lead Producer.

Recently Rivera has served as Producer and Production Manager on the feature film “The Adventures of Pepper and Paula” co-produced by Kevin and Robin Nations and Kevin Sloan.

Most recently Perla produced the feature film Stage V alongside the rest of the Machina Cinema team, Executive Producers Boris Diaw and Jerome Serot and Kevin and Robin Nations and Co-Producers Ann and Chris Patrie. 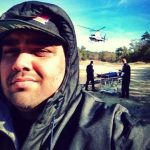 Buddy Calvo is the Director of Operations at Machina Cinema. Calvo also serves as the companies Vice President and Writer and Editor.

Calvo was born and raised in San Antonio, Texas. He attended Thomas Jefferson High School where he participated in the theater arts program and gained his love for production. Upon graduation, Calvo attended UTSA where he was seeking a degree in International Business. After 3 years Calvo realized it was filmmaking that was his true passion and he began to pursue his writing/directing career. He attended San Antonio College where he began taking courses in the Radio, Television, Film department and wrote for The Ranger.

In 2007 Calvo established the production company Machina Cinema alongside producers Perla Rivera and Joe F. Gallegos III. Later that year Calvo wrote and directed his first film “Wanderlust” and since then has written, directed and produced short films, commercials, music videos, feature films and worked as various crew on regional productions. In the fall of 2012 Calvo accepted a teaching position at the San Antonio School for Inquiry and Creativity where he teaches film production and allows students to intern on productions throughout San Antonio. Calvo is the recent recipient of the San Antonio Local Filmmakers $25,000 Grant.

He currently serves as the Department Head for the SASIC Film Program, a multimedia-focused extension of the San Antonio School for Inquiry and Creativity in San Antonio, Texas.

Most recently Buddy was Writer/Director/Editor for the feature film Stage V. 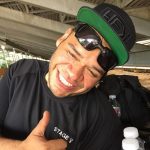 Gallegos is a San Antonio native. He befriended fellow filmmaker Buddy Calvo at Thomas Jefferson High School where the two took part in the theater arts program under the late Robert Rehm.  Gallegos started his work in films in 2007 alongside Calvo and fellow producer Perla Rivera. Gallegos is one of the founding members of the San Antonio production company Machina Cinema. Gallegos has worked exclusively on in house projects for Machina Cinema producing the 2009 short film “Wanderlust”, co-producing the 2010 feature film “The Powderkids” and 2013 short film “Arose The Coward”. In the spring of 2013 Gallegos accepted a position at the San Antonio School for Inquiry and Creativity.

Gallegos currently serves as Communications Director of the SASIC Film Program a multimedia-focused extension of the San Antonio School for Inquiry and Creativity in San Antonio, Texas.

Most recently Gallegos served as Associate Producer for the feature film Stage V alongside the rest of the Machina Cinema team.

For more information please contact us at:
machinacinema@gmail.com
or 210.250.0806